Kingdom Of Souls spans across several nations. The information below is a sample of some of the terminology and places mentioned in the text with a brief explanation.

Almighty Kingdom – The most powerful country in the known world with the favor of the gods. It boasts healthy commerce, peace, and prosperity. People come here to make their fortunes. It is often called “Kingdom” for short.

Almighty Palace – Home to the Almighty One, Jerek Sukkara, his two sons—Crown Prince Darnek and Second Son Tyrek, and their mother, Estelle, a princess from Galke.

Almighty Temple – The religious foundation of the Kingdom, where the five seers, originally from the tribal lands, maintain the orishas’ holy scripts. Lead by either a Ka-Priest or Ka-Priestess.

Aloo Valley – A mostly uninhabited valley between the Almighty Kingdom and the Dark Forest.

Ama – Term of endearment between couples, “my love,” “my heart,” a common tribal tongue word.

Barat Mountains – An expansive mountain range that separates the tribal lands from the Almighty Kingdom.

Ben’ik – Tribal common tongue to refer to a person who has no magical gifts. Considered an insult in some circles; often used in gesture by others.

Charlatan – A Kingdom term to refer to the merchants who frequent the East Market who trade their years for magic to make a profit.

Delene – One of the allied countries of the North, Delene is a relevantly peaceful queendom with coastal towns. Vizier Suran Omari’s wife, Serre, is third in line to the Delene throne.

East Market – Located in the Almighty Kingdom and near the banks of the Serpent River, the East Market is known for its boasting merchants who sell everything from rawhide to livestock to kobachi knives sharp enough to split hair.

Edam – A council that includes the chieftains from the five tribes of Heka.

Estheria – Estheria is a trade-centered country known for superb craftsmanship. Estheria is closely allied with Yöomi people who occupy the land east of the Serpent River.

Ewaya – The Aatiri word for “baby or young child”. Sometimes used as an insult to say that someone is acting like a baby or childish.

Fyaran – A warmongering country that grew in size by conquering smaller northern states through unprovoked attacks. It’s lead by a fierce king known for his brutality and lack of diplomacy.

Galke – The largest of the northern countries, Galke boasts a formidable army. It’s controlled by the long-reigning Qu’ setta family, a royal lineage as old and powerful as the Sukkaras.

Gendar – The military arm of the Almighty Kingdom

Imebyé – A celebration of beginning the journey into growth and magic for young children in Tribe Aatiri.

Kefu – Kefu is an enigmatic country where time passes at a whim. Strange things happen in Kefu, and the people are even stranger. It’s easy to visit Kefu but leaving is a whole other matter.

Ndzumbi – Tribal common tongue for a person under a curse/controlled by another.

Ösana – The hour between 2 and 3 am when magic is strongest.

Owahyat – A negative term used in some circles to refer to a person who performs sexual favors for payment.

Sacred Gaer Tree – A leafless black tree with thorns said to be the reincarnation of the first Ka-Priest of the Almighty Kingdom.

Shotani – Almighty Temple-trained assassins who possess magic, although not powerful.

Shotel – A crescent moon-shaped sword popular in the Almighty Kingdom.

Sukkaras – The long-reigning family of the Almighty Kingdom said to be blessed by the sun god, Re’Mec, himself.

Tamar – The city capital of the Almighty Kingdom.

The City Guard – Also called the Guard; tasked with maintaining daily law and order in Tamar.

The Dark Forest – An enigmatic forest that is home to the elusive cravens said to have tree bark skin, horn noses, and curved claws. Their bones are anti-magic and can protect their wearers from the influences of curses or hexes.

Tribe Aatiri – One of the five tribes that worship Heka, Tribe Aatiri is known as talented bone charmers, which they use to talk to their ancestors, bring rain, or travel the threads of time.

Tribe Kes – The smallest of the five tribes, the Kes are the masters of the spirit world. The most talented of them can travel its many planes of existence. They can manipulate the soul, therefore, bend a person to their will.

Tribe Litho – The most enigmatic of the tribes, Tribe Litho’s talents are said to lie in elemental magic, but little is truly known about the extent of their powers.

Tribe Mulani – The Mulani tribe acts as emissaries to Heka. It was a Mulani woman to whom he first revealed his presence when he descended from the night sky.

Tribe Zu – The tribe from the mountains, the Zu are scriveners and masters of written magic. They channel their powers into protection charms, and most have tattoos that can heal both physical and magical afflictions.

Vizier’s Villa – Home to the Omari legacy and the current second more powerful person in the Kingdom, Vizier Suran Omari and his heir Rudjek Omari.

West Market – Located in the Almighty Kingdom and situated at the base of a precipice beneath the Almighty Palace, the West Market is the center of trade and commerce for the capital city of Tamar’s more influential families.

Zeknor – Known for its whale oil production, Zeknor maintains alliances with all of the countries of the North, although, perhaps closest ties with Fyaran. It’s led by a five-person council who represent the interest of its regions. 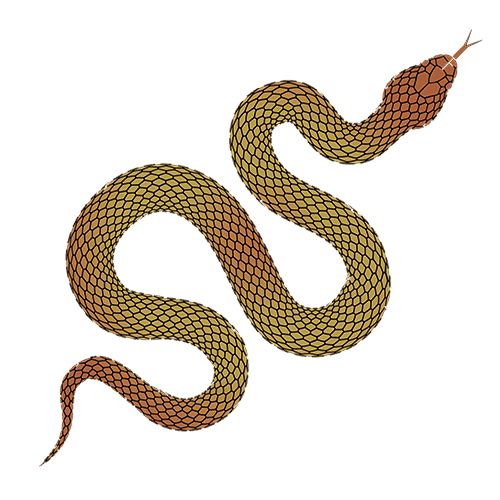